We have yet to innovate another construction material that’s able to surpass the combined durability, versatility and economic feasibility of steel – It’s why most modern buildings utilize it as one of their primary structural components.

Some creators have even been able to stretch the potential of this building material to levels unthought of by building landmark structures that are giants in their field both literally and figuratively.

In this article we’ll explore buildings that showcase the ability and benefits to building with steel, including world class structures both from the 20th and 21st centuries.

Besides focusing on buildings built primarily using steel, we’ll also include those constructed with composites.

Let us know what you think are the most influential steel structures in the comments section of this blog post or our social media handles! 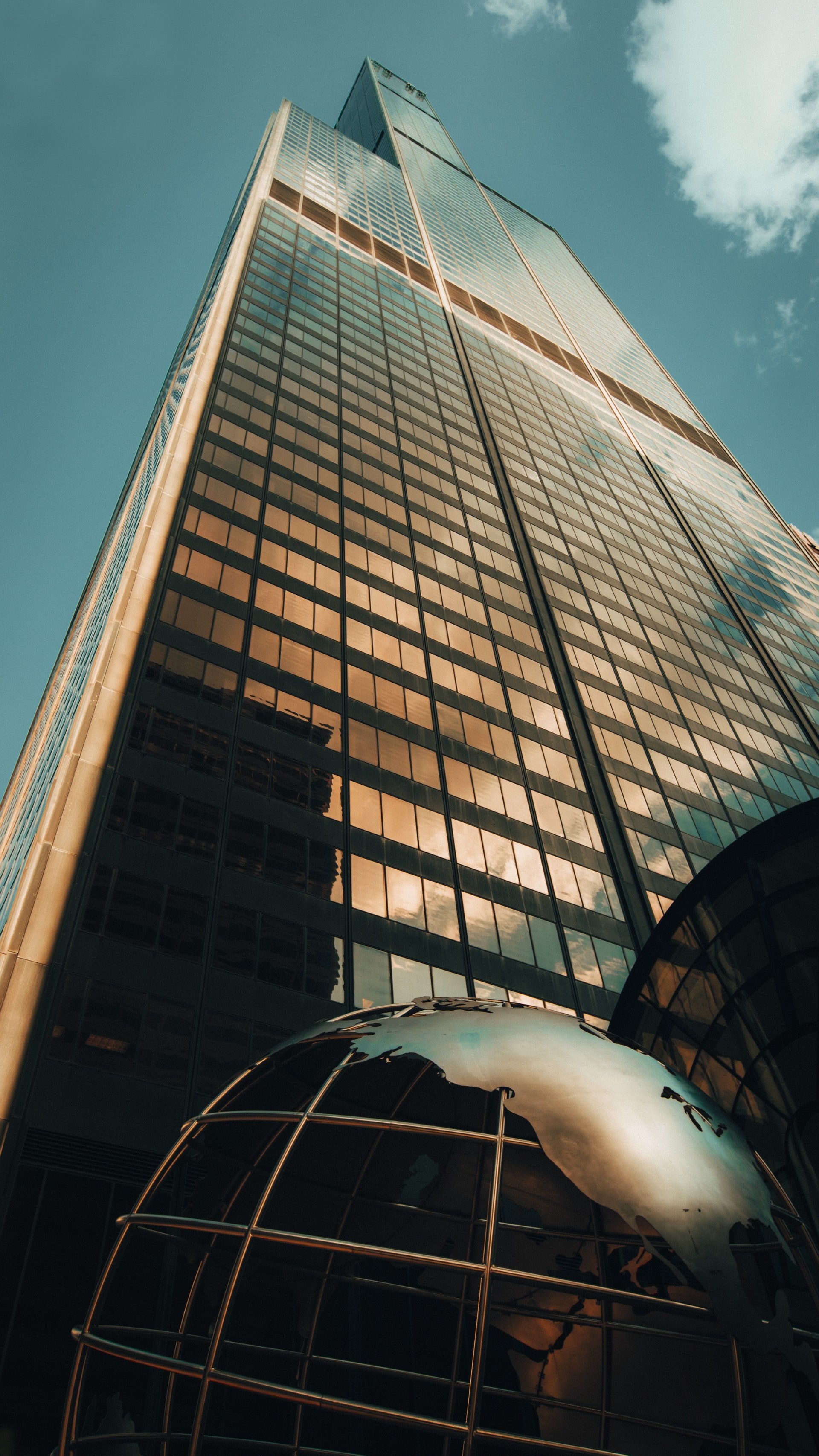 Renamed ‘The Willis Tower’ in 2009 and more popularly known as the Sears Tower, this skyscraper was built in 1973 and still holds eminence as the tallest steel building in the world.

It’s one of the most influential skyscrapers due to the pioneering construction method used to build it – the bundling tube system.

As defined by the Chicago Architecture Center, a tube system is “a structural system for a tall building that uses giant square tubes, made up of individual columns, that provide stability against wind loads”.

The bundling tube system consists of several tubes connected together for added strength against lateral loads and seismic movements.

While this method was innovated in the 70s, the tube system is still in use today for most high rise buildings. The bundling tube system is one of several other tube systems such as the framed tube system, trussed tube, tube-in-tube, and hybrid.

Also worth mentioning, is that prefab construction was used for the steel framing units of the Willis Tower. These steel frame units (also known as Christmas Trees) were welded off-site, and brought on-site only needing to be assembled in place, thus significantly quickening the construction process. 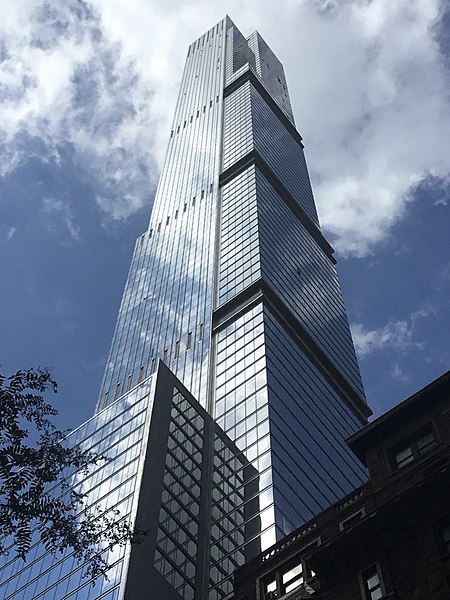 Central Park Tower Boasts that the “Best Perspective in New York City”, is built along Billionaire’s Row and is currently the tallest primarily residential building in the world.

The bones of this building are made of steel and concrete, the norm now for skyscrapers built today, due to how well concrete and steel complement each other in creating incredibly adamantine structures.

For example – if you are looking to construct a mega tall structure entirely out of steel taller than say the Willis Tower, you run the risk of compressive buckling.

Usually, steel framing tends to be slender which is perfectly reasonable considering its high tensile strength. However, when we start reaching the heights of today’s skyscrapers, the steel structure risks buckling both due to its own weight or from vertical loads if it is not adequately reinforced.

To make up for this, concrete is used to give structural strength to steel. Concrete on its own however lacks tensile strength, something that steel is universally renowned for, therefore making this material combination highly attractive owing to its unparalleled strength and economic feasibility.

Most residences however use wood framing as the go-to option, however steel usage is catching on for two reasons – benefits of the material itself, and secondly, the rising contribution of the off-site construction industry to homebuilding projects – with steel framing being a material of choice in this industry.

Also to keep in mind is most residences would use cold formed steel framing (otherwise referred to as light gauge steel framing) as opposed to structural steel that is used in mega tall skyscrapers such as Central Park Tower. 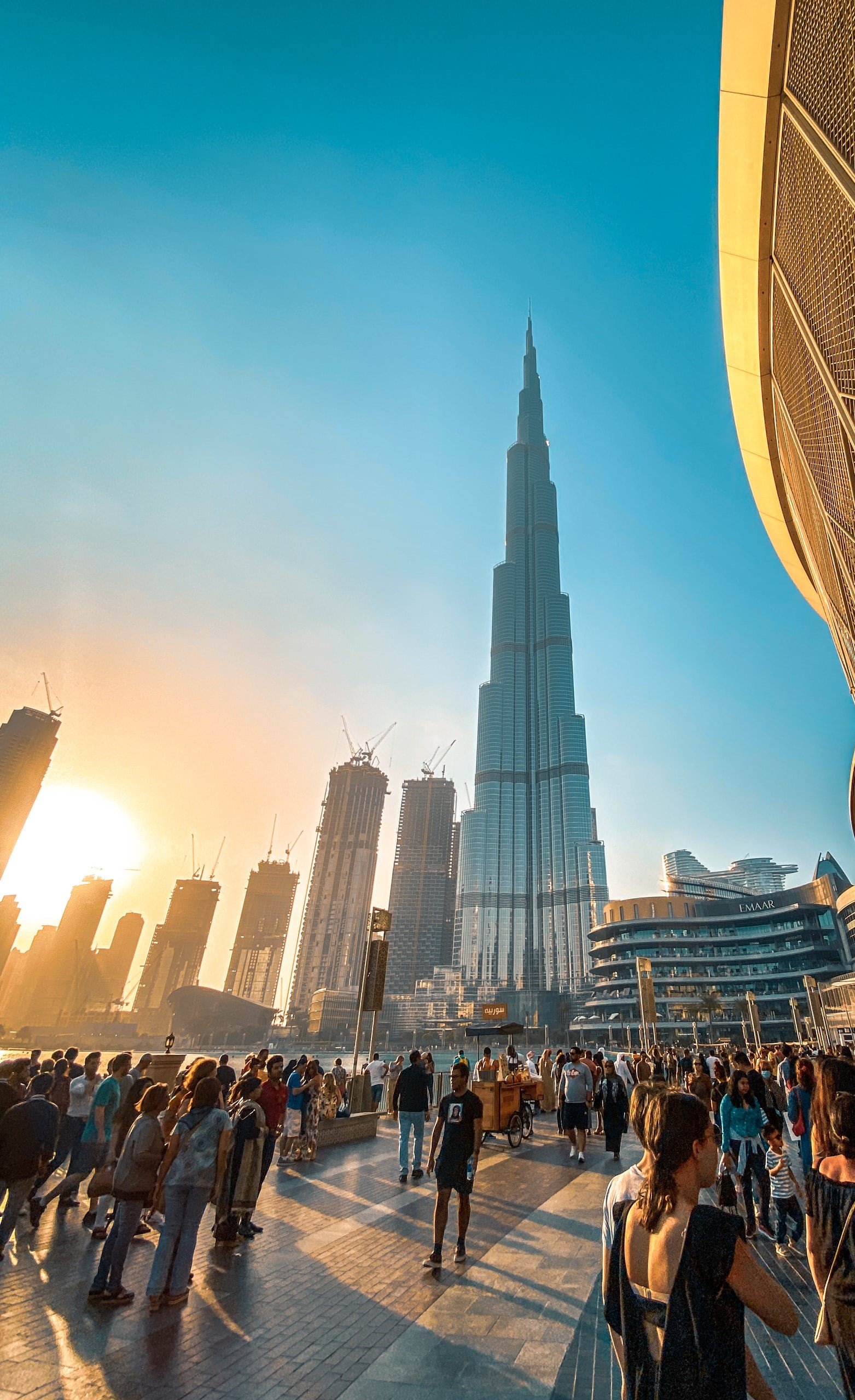 How could we make a list of the most influential steel structures without including the Burj Khalifa?

It remains the tallest building in the world ever since its construction over a decade ago, utilizing 39,000 tones of steel with 330,000 cubic meters of concrete.

The Burj Khalifa is said to have drawn the inspiration for its Y shaped design from the Spider Lily flower that grows in the deserts of Dubai.

Besides giving it a pleasing aesthetic the Y shaped design plays a key role in protecting the building from lateral loads, more specifically from wind flow.

It is also something that both the Burj Khalifa and Toronto’s CN Tower have in common (its base structure being similarly Y shaped), with the latter holding the record for the tallest free standing structure in the world until the former surpassed it.

Burj Khalifa very well could remain the undisputed champion of tall buildings for another decade, unless the construction of Kingdom Tower, which was halted in 2018, resumes.

Planned to be a kilometer tall, Kingdom Tower’s construction began in 2013 and was due to be completed by 2020 – however recent political issues in Saudi Arabia combined with the subsequent impact of COVID-19 have kept the project in a period of stasis indefinitely.

Another reason to include Burj Khalifa is its usage of the earlier mentioned bundled tube system – which can be very easily noticed in the cascading ‘tubes’ on the sides of the central spire. 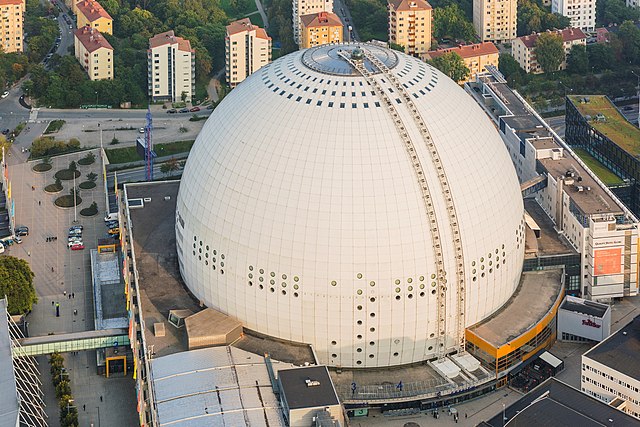 It’s one of the shortest entries in this list at a height of 85 meters, but with a diameter of 110 meters and a volume of 605,000 cubic meters, the Avicii Arena has remained the largest spherical building in the world since its inauguration in 1989.

It was originally known as the Stockholm Globe Arena and  later renamed the Ericsson Globe. The latest name honors the untimely passing away of Tim Bergling, world famous Swedish music production giant whose stage name was Avicii.

The size of this building is seconded only by the Biosphere in our very own Montreal, Canada, which has a diameter of 72 metres while being 62 metres tall. 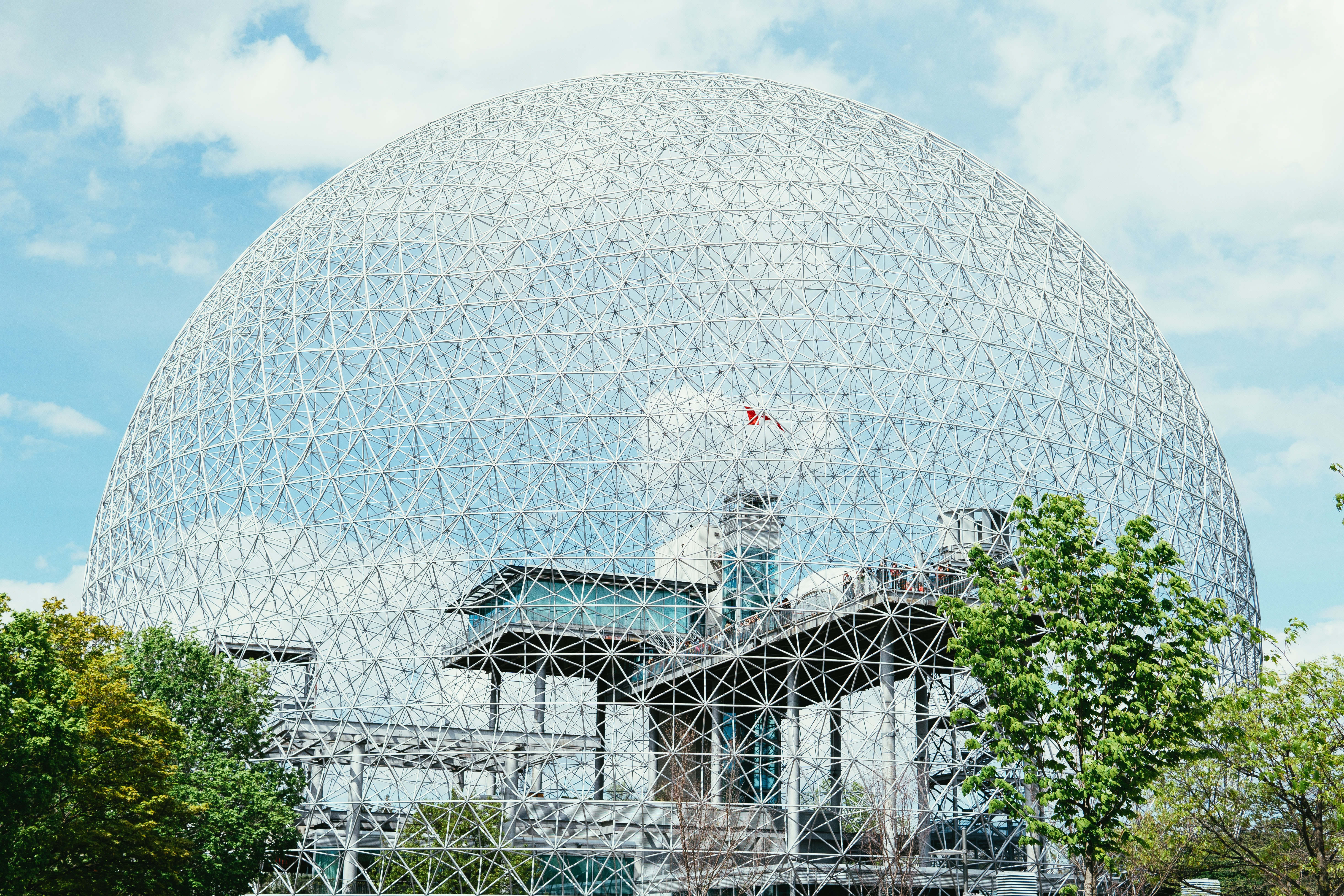 While Avicii Arena is typically used for world class sports events and music concerts,  it also functions as the centerpiece in Sweden’s to-scale solar system model (which also happens to be the largest in the world), by representing the Sun, with the planets scattered all around Stockholm and other cities in Sweden.

The building relies primarily on steel framing for its shape and structural integrity. From the mid-section and upwards, a space frame is used to construct the curved dome – this type of framing structure is used commonly for sports stadiums, auditoriums, and exhibition halls.

Space frames are popular for being extremely lightweight and yet structurally rigid, while allowing builders to create shapes that would otherwise be impossible or practically prohibitive with other framing structures.

Also worth noting is that different parts of the steel frame were fabricated off-site in different cities around Sweden, including some in Finland, Germany and Japan. 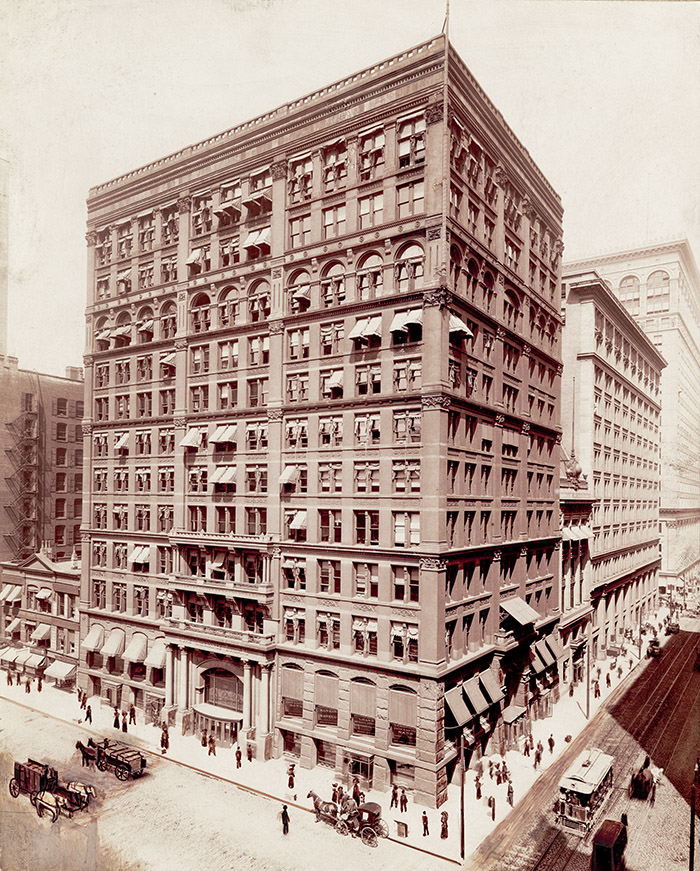 This list wouldn’t be complete without an honorary mention of the first structure to be called a ‘skyscraper’. With Chicago being its birthplace, The Home Insurance building was built in 1885 to address safety concerns after the Great Chicago Fire of 1871 which devastated a substantial proportion of the city.

It used a revolutionary steel frame in an era where most buildings were made using masonry walls. At 12 floors tall, it would easily be dwarfed by most buildings in Chicago today, but during  its time this structure was an engineering and architectural feat of marvelous proportions.

It is one of the early landmark buildings that proved how steel framing can withstand the forces of nature, is structurally sound and easy to work with, all the while being cheap at the same time.

Steel framing is at the heart of what we do at Strucsoft Solutions. Our flagship product MWF is the industry leading Revit based wood and steel framing software providing professionals with world class solutions for over 20 years. 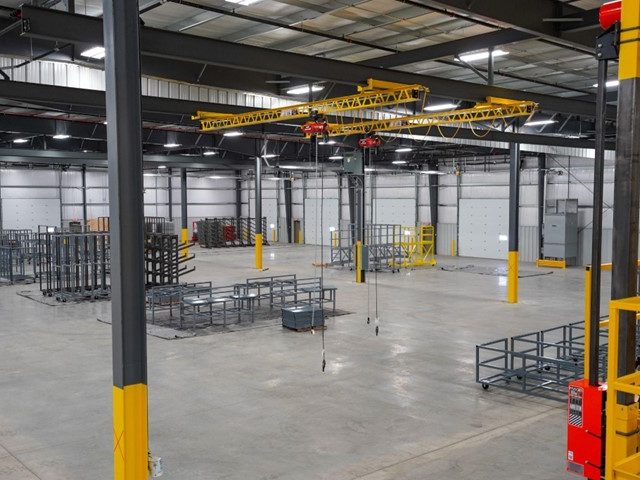 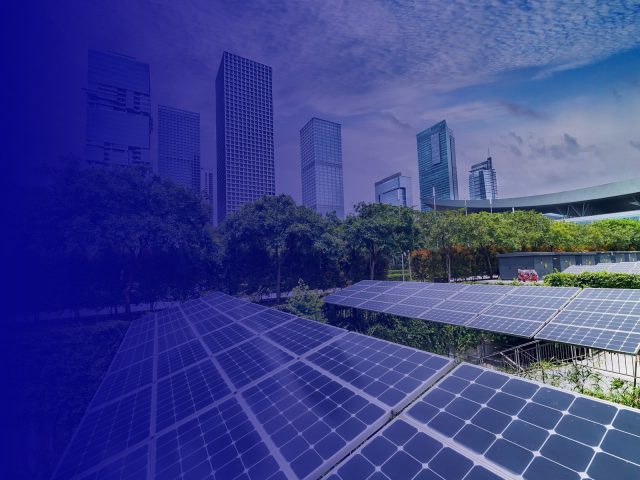 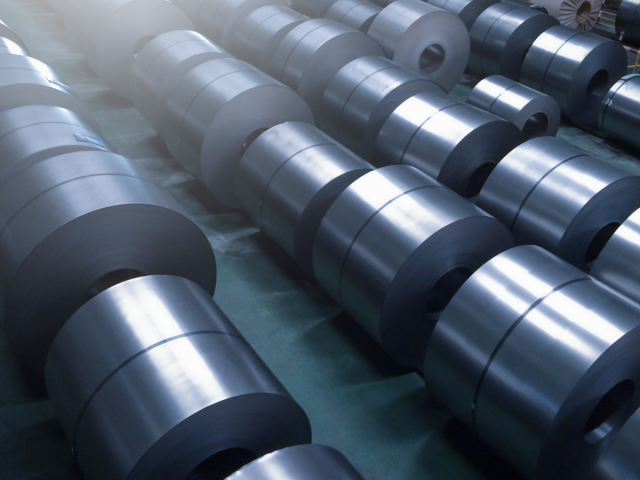